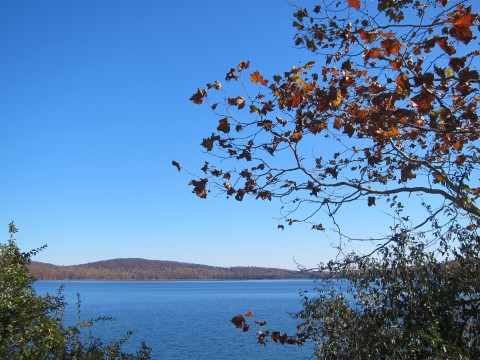 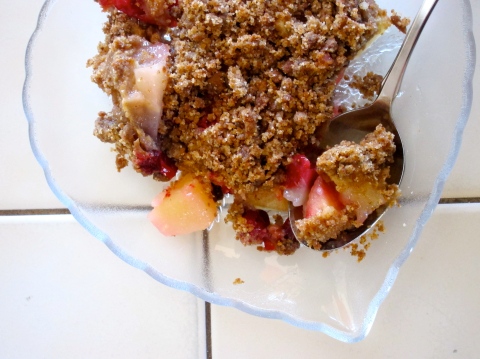 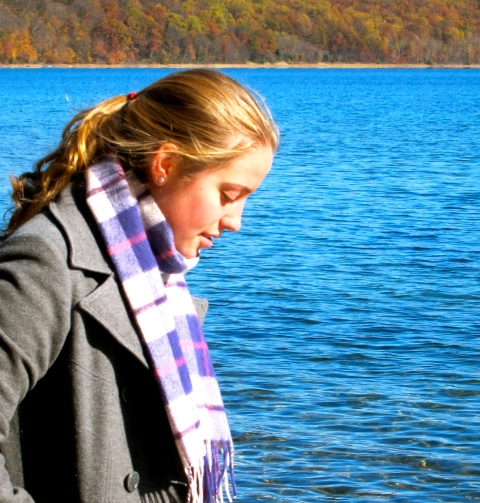 Just when we were preparing for a long period of hibernation, just when I was preparing to outlast the snow, the sleet, and the slush, it suddenly became summer again. Well, as close to summer as you can get mid-November; Hey, I was actually wearing shorts today! And I realized that with all the time I’ve spent complaining about being stuck in Princeton, and how awful and uninspiring most of this state is, I’ve neglected to tell you about the beautiful parts of New Jersey.

We spent the last weekend on our fall break at my long-time roommate’s house in northwest New Jersey. My roommate is a very defensive defender of New Jersey. Crack one joke about how dirty Jersey is, and you’re in for a spiel about how all of Jersey isn’t Newark. And as much as we give her a hard time, she’s right.

Her house sits on the highest piece of land for miles around, above the largest reservoir I have ever seen. We happened upon the area at the peak of fall, when the air was chilly and brisk and the trees hadn’t quite ridded themselves of their yellowed leaves. We spent the majority of the weekend being what we call “old ladies.” We went on short walks, did crossword puzzles, watched movies, and baked every night — a sort of routine that was as enjoyable as it was comforting. We did some hill running that was more or less comparable to running at home in San Francisco. We made this pear-cranberry gingersnap crumble, and may have spooned it over oat pancakes and topped it with maple syrup from a two-gallon jug the next morning. The morning’s activities were interspersed with updates from the New York City Marathon on TV. Next thing we knew, break was over and we were piling up in the car and driving back to campus.

This crumble combines all the flavors I love about the fall — the spicy bite of ginger, the tartness of cranberries and the sweetness of soft, translucent cooked pears. It was impossible to ignore sitting on the countertop. We added an extra apple, thinking the fruit filling might get too mushy with ripe pears. Oh, and we browned the butter, of course. Otherwise, we left the recipe untouched. 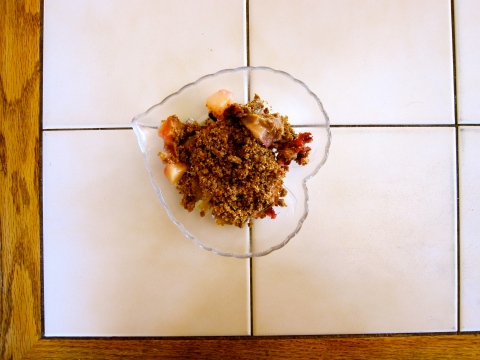 You are currently reading Pear-Cranberry Ginger Crumble at Soufflé Days.