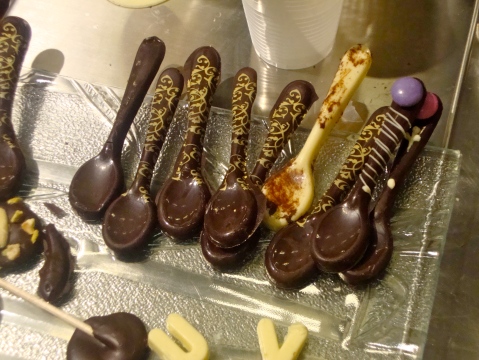 Around 7:30, when I’m in class, you can hear out the window the cries of young adults, students, and their voices carrying up and down the streets, shouts of “A la Concorde!” Then the music begins to play, shortly followed by sirens that seem to last much longer than the demonstrations that have since traversed into another quartier. In the morning, you read in the newspapers about la grève, which has transformed into a social movement, particularly in the universities, against Sarkozy’s government, which many criticized for failing to negotiate on the issue of retirement age and now criticize for failing to represent the French people. In the midst of this social movement, life in Paris seems to roll on: transportation seems to be running more or less by routine — with the exception of the next strike day which is set for this Friday — and tourists can be found clustered around Notre Dame and the Tour Eiffel despite the heightened security alerts issued by the U.S. governments and the bomb recently directed at the French president by mail. That does not mean to imply that the bomb threats are in any way connected to the student movement, but you get the general picture of disorder here. 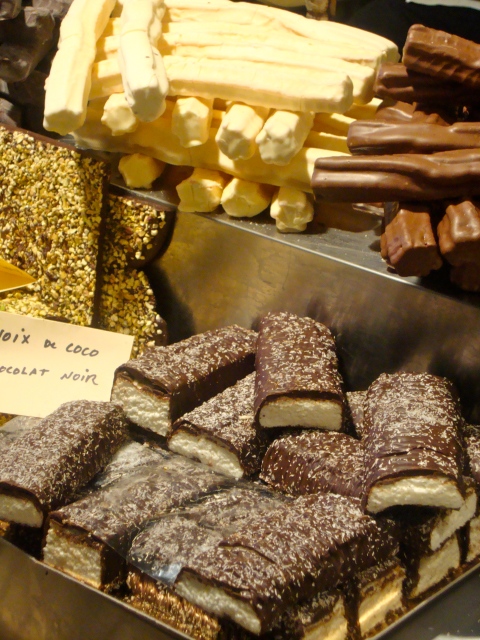 Indeed, when we were in Marseille, after only 5 days of strikes by the garbage collectors, the city was already strewn with bottles, food wrappers, rotting leftovers. Days later, merchants began taking their garbage to the dump themselves because the rank smells deterred customers from entering their shops. It makes you contemplate, noticing the differences between how citizens demonstrate their displeasure in different countries, why the French loudly take to the streets when they are unhappy and why the Americans simply vote Republican. 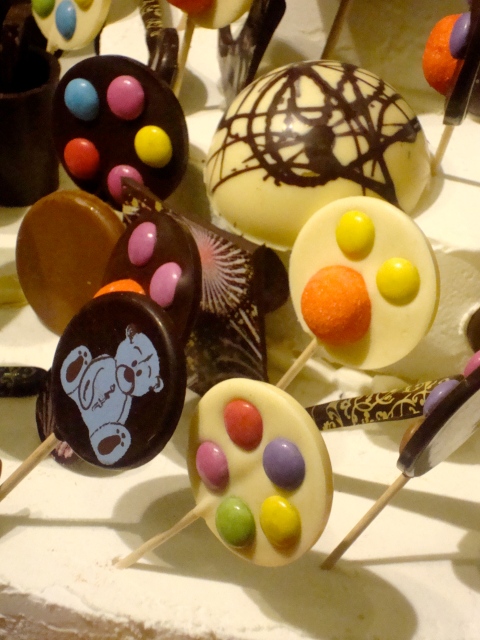 But my classes seem to exist in the bubble in which most ex-pats sit at the sidelines of the French movements, criticism and general complaints (which my professor likes to say is the national pastime). We sit at the window and hear the shouts but with nothing at stake ourselves, we do little but ask why. Otherwise we continue about our daily lives, which this weekend, included this marvelous Salon du Chocolat at the Porte de Versailles Expositions. We ran around like crazed children sampling chocolate of every kind and form…mousse and truffles and biscuits and pain d’épices and ganache filled macarons and even chocolate fois gras…I could go on and on and on as you can very well see. There were matcha tea croissants and chocolate butter lotions and even a chocolate statue of a small boy peeing liquid chocolate!

And we sampled it all. And came home to the huge Champs d’Elysées box of Lindt chocolates that could only be a birthday gift from a friend in the 16e.

You are currently reading Salon du Chocolat at Soufflé Days.