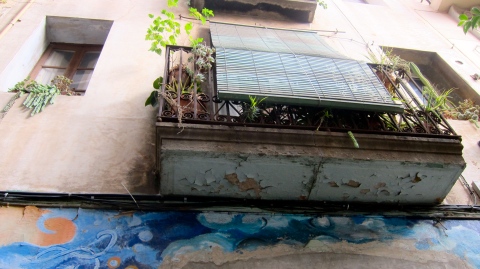 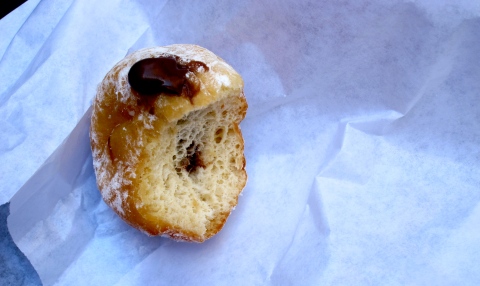 I am obsessed with the old yellowed buildings, gothic balconies and small alleyways of Barcelona, cut by the wide boulevards lined with palm trees and grassy areas. I am enthralled, and have managed to overcome my dislike of walking to wander about the city for entire days at a time. Hidden pockets of stores, bakeries and tapas joints, just off the main streets, but somehow secluded, guarded by the intricate maze of alleys, which act as fortifications against the throngs of tourists that pack the city center at all times of day. 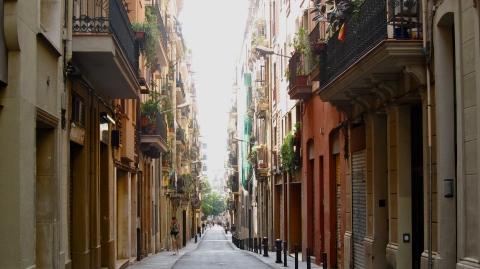 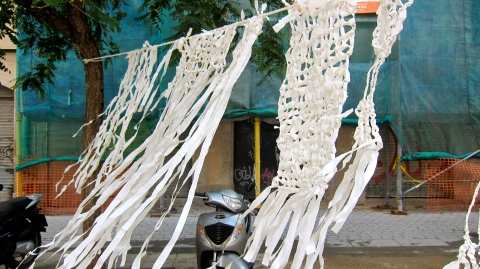 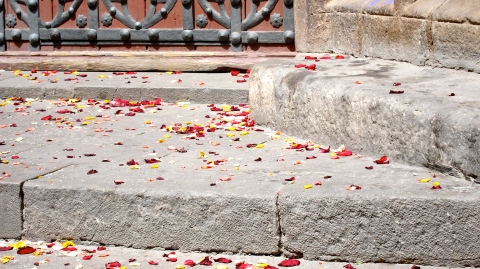 What I am not quite so taken with is Spanish food, which is unfortunate, since that is the reason why I am here. I am simply failing to grasp the obsession with anchovies, why a perfectly good pepper has to be stuffed with some strange cream cheese in order to be served as a tapa, and why shrimps are cooked with delicate care, except with their shells on so that the diner can strip away all the oils and herbs, leaving nothing but a bare shrimp, with his intestines still intact. I know the latter is typical (and traditional) in many cultures, but I still just don’t get it, unless the satisfaction lies in your fingers smelling like shrimp for the remainder of the day. I have however, braved a sardine head, before eating the entire fried fish (yes I know they’re tiny, but eating a sardine is a big deal for me), pulling out the teeny skeleton as I went.

And, of course, I have managed to embrace several sweets, along with the architecture: donuts filled with dulce de leche or rolled in flaked coconut, and crispy, chewy churros, served alongside hot chocolate so thick it can be eaten like pudding — or simply used as a dipping sauce, as is traditional. Desserts so rich they ooze guilt and indulgence.

When I was not wandering aimlessly — I somehow managed to not go to the majority of the monuments, Gaudi houses and churches, mostly due to my impatience with waiting in long lines — I sat on the patio in the hostel, with 2 euro wine. And then, later on, laid by the rooftop pool of my hotel, taking in the sun and feeling the breeze from the sea drift over my face. 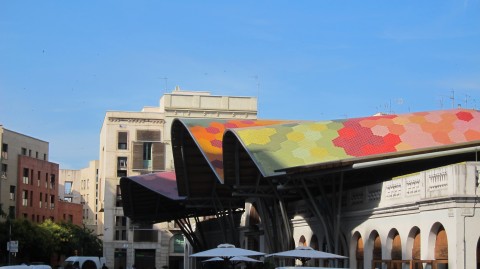 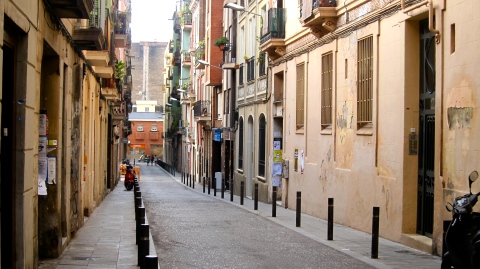 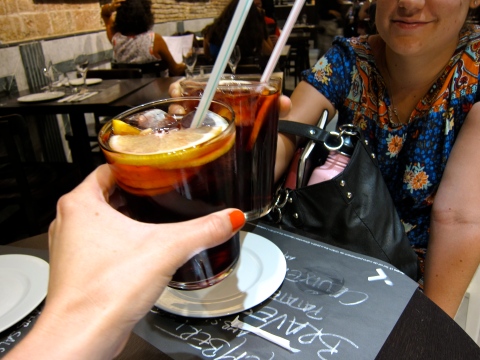 This and that, my away message 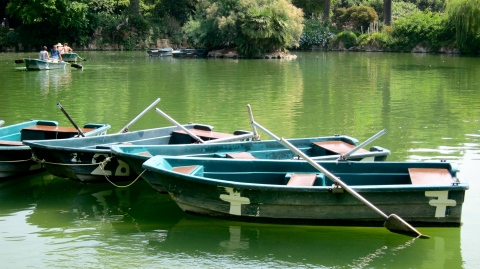 I’m in the process of booking a whirl-wind of complicated flight-train combo trips, overnight stops in random hostels, and 12+ hour-long days of travel. As much, my last day in Barcelona is being spent in the hotel lobby, having already walked to a food market this morning (which was, of course, closed), walked to a donut shop (which was, of course, closing in ten minutes, but I just managed to squeeze in), and locked myself out of my hotel room. So while I pull together a real post on Barcelona, I thought I’d leave you with a couple of snippets of travels that have previously gone unmentioned.

After my research in Maroilles went sort of awry, ending in a rather fruitless trip, we switched from the dingy, grimy motel room in the equally gray Maubeuge, to a small agritourisme in the area. While the rooms were huge, including both bath and shower, and refreshingly decorated, the highlight for me was the cute breakfast setup — all white napkins, crusty bread, flakey croissants, and several types of jam, served in little white ceramic pots. The tiny butter-dish even had a top, with equally tiny handle! 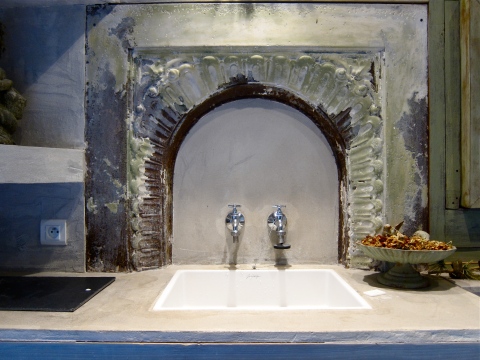 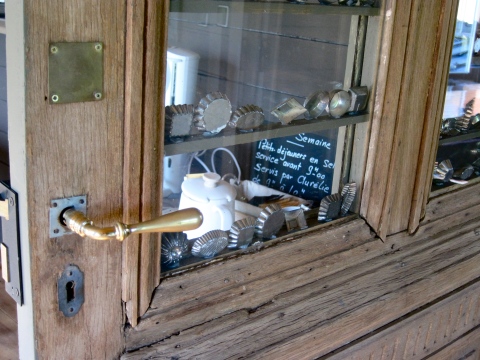 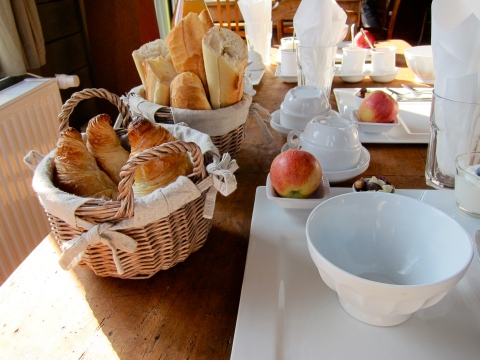 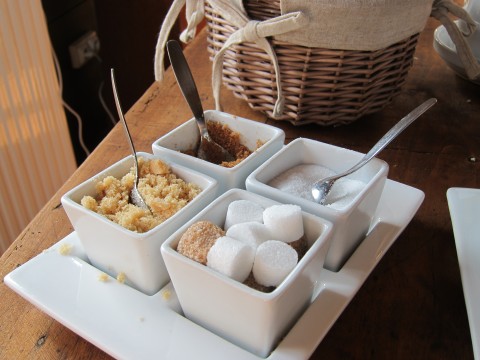 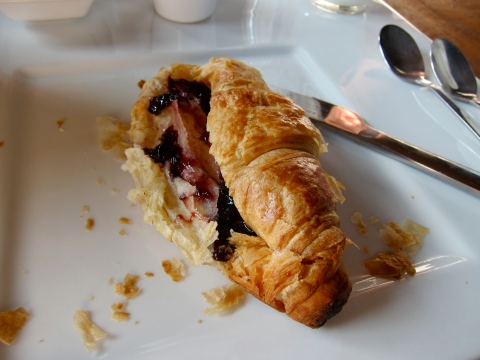 Later on, at a more upscale agritourismo outside of Modena, where the pool dropped off into the vineyards and hours could be spent dining on the patio overlooking the hills and valleys of the northern Italian countryside, we enjoyed tortelloni stuffed with spinach and local ricotta, an interesting pasta made with breadcrumbs and drenched with parmesan fondu before being topped with assertive black truffled shavings, stuffed omelettes and eggy, baked flan, and to finish, multiple rifts on vanilla-cream gelato, eaten with spoons of the house basalmico and tiny cups of espresso. 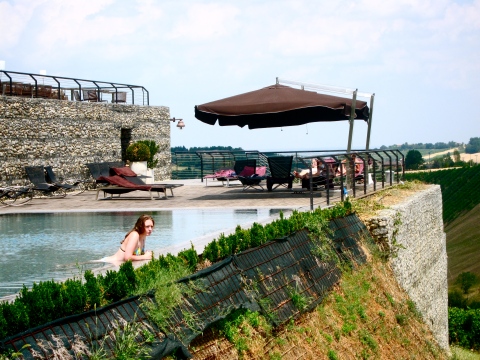 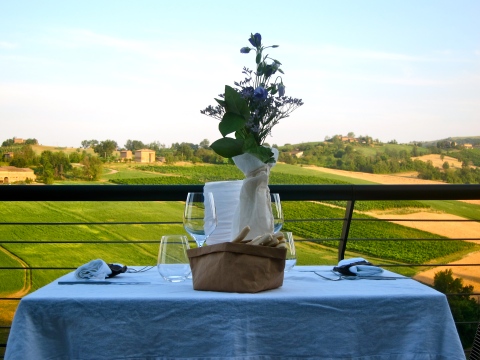 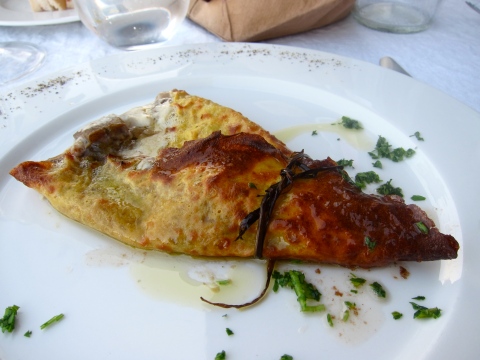 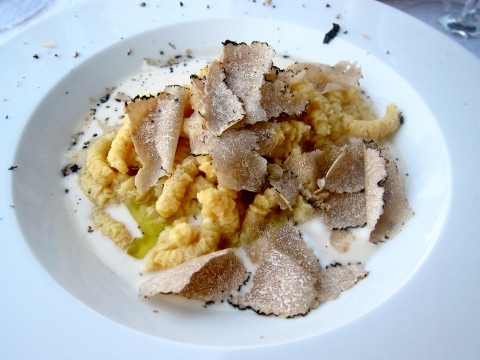 So there you go, some of the more beautiful moments of a trip that has often involved trudging through cow stalls, taking pictures of baby black pigs, and waking up at 6 a.m. in order to observe the entire cheese-making process (and that’s still hours later than the cheesemaker wakes up!). Ciao until next time!

You are currently browsing entries tagged with barcelona at Soufflé Days.