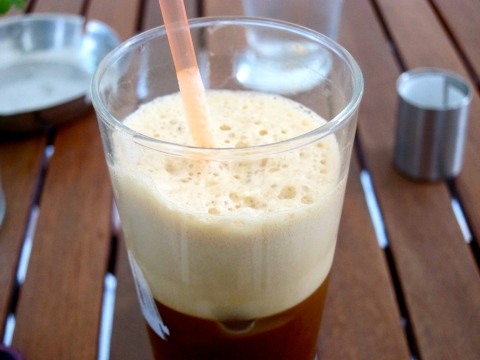 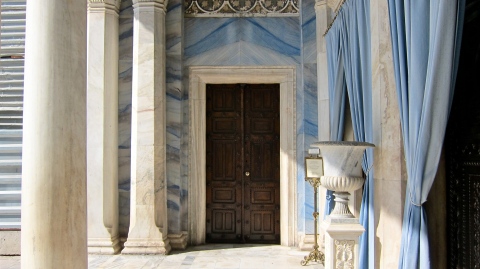 I’ve started this post over and over again, and each time, I end up stopping because I decide, no, that’s not what I want to talk about here. By all means, it was a very good day. I woke up early and went for a run through the national gardens in the city center, running past the Parliament building, ruins, the first modern Olympic stadium. Later on, I wandered into what was suggested to me as the best bakery in the world, and sampled a variety of goods — homely chocolate chip cookies (with pistachios!), eggy challah dusted with almond slivers, dense balls of coconut flakes, scented with orange and cardamom. I then meandered down to the Acropolis museum, where, in addition to seeing never-ending tributes to the goddess Athena, I enjoyed a Greek café and a tower of cream topped with heavily-sweetened figs on the rooftop terrace, with full view of the Acropolis. I shopped — prices, low to begin with due to the crisis, are now slashed in half for summer sales. I drank iced espresso, perhaps my favorite part of Greece so far. I arranged my yoga schedule for tomorrow. And then I came home and sat down to write.

And that’s when the problem started. I got lonely. I tried putting on soothing, jazzy French music. I tried writing, and stopped, and started again. I tried eating a cookie, and then thought about baking. But, to be honest, all my grand baking plans sort of fell through with the realization that it’s actually 40°C here and the thought of turning on the oven makes me miserable inside. Plus, I don’t exactly fancy buying huge bags of flour and sugar (and that not even counting the baking power that I would have to track down in Greek), only to leave them behind, mostly unused, in less than two weeks. So now I’m back to just sitting, and trying to write.

Normally, traveling alone is my prime writing time. But I think I’m well beyond the point when being alone inspires thoughtful reflections on life and key observations about the new culture, which I am experiencing full-on as I lack the homey distractions of traveling with family or the ruckus of active friends eager to do everything at once. I’m well into I have so much time to think about everything that I’ve thought about everything once or twice or a hundred times and I am so tired of my own thoughts.

So there you go, no profound reflections, just a plea for you to start making your own granola, because it is so much better than the sugary catastrophes that you buy at the grocery store. Just a couple of spoonfuls of honey, a drizzle of olive oil, three handfuls of walnuts, some chopped dried figs, and half a bag of rolled oats. 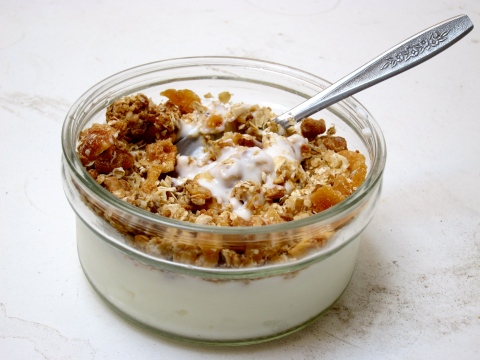 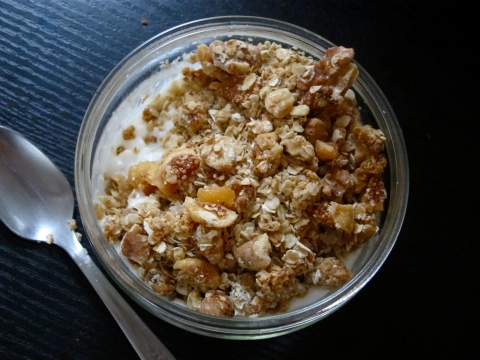 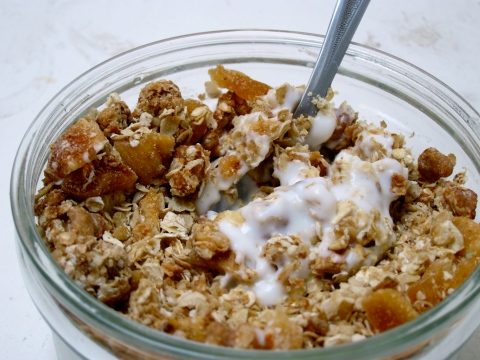 § One Response to Greek Beginnings

You are currently reading Greek Beginnings at Soufflé Days.