This morning, I didn’t hit the snooze button. The air was still frosty when I stepped out the door and when I stopped at the light, running down to the lake, I noticed that I could see my breath. There were just a couple of people out on the path this morning—a few middle-aged women, one of the cross country boys, an elderly man sitting on the side of the canal, bike parked. He was fishing in the green canal behind the lake and passing him the first time, I briefly wondered what exactly he was hoping to catch in the mucky water. When I passed him for a second time on my return, he was pulling a tiny fish from the water and dropping it in a plastic bucket. Call me overly sensitive maybe, but it was a sad moment, though he was perfectly cheerful as he waved hello. The fish was so minuscule that it couldn’t possibly have more than a bite of meat on its skeleton and the hooking and dumping of it in the bucket seemed so needless, so arbitrary, and I couldn’t help but think about how awful it would be to start one’s day by purposely killing something. 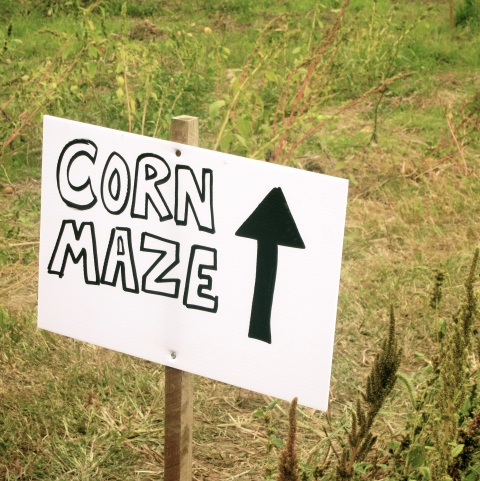 That said, I kept running. It was a beautiful, chilly morning — the sun was out, crisp leaves crunched underfoot and to top it all off, the Canucks’ season opener is tonight. I was planning on getting into the kitchen sometime this weekend, but events seem to be getting in the way. Things are starting to catch up to me, both running and school-wise. My first 20 miler of this training round is this weekend (P.S. if you have any Philadelphia eating recommendations, please shoot them my way!) and I need to finally make my way through the Faulkner novel that will make up most of my junior paper. In my room, I’ve flipped the 2012 calendar I recently bought to October 2012 and started using it anyway, just to keep myself organized. Sure, the dates are two days off, but it was a necessary move.

If I could be in the kitchen right now, I would be making something like this cornbread. I started with this recipe, but quickly flew in all different directions. I used half quinoa flour and half white flour instead of whole wheat flour. Sweetened ricotta from the local Italian grocery replaced the pour-over cream. A couple of handfuls of flax seeds added a whole lot of chew. I omitted the cooked quinoa. I halved the sugar, but if I were to make it again, I would add it all back. I ate it from the skillet, with a healthy drizzle of wildflower honey.

You are currently reading Ricotta-topped Skillet Bread at Soufflé Days.