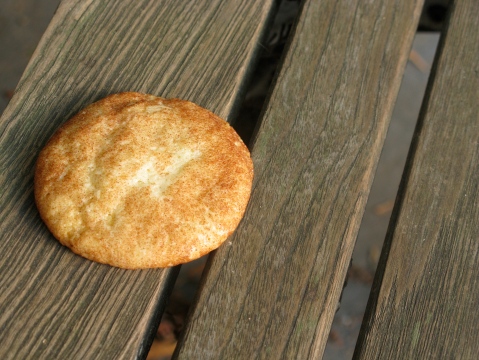 I’m getting really antsy. Literally all I can do is sit online all day looking at airline websites, searching for train tickets, comparing prices, signing up for Couchsurfing, sending off my WWOOFing requests. I cannot seem to think about anything else. Meanwhile, it seems to be becoming summer around here. The sun is out almost every day, but the wind has come in too in huge, gusty doses. Runs are now done directly into a firm and constant headwind. Hence less time outside, and more time umm…planning my life two months from now? No one said life was easy.

But then something happened that made me glad to be in San Francisco this time of year. After the discovery that I am most likely allergic to apples and the requisite purging of many of my favorite desserts from the repertoire, I’ve been getting pretty down on the lack of produce options at this time of year. I mean, you could have an apple or a navel orange or maybe a mandarin. I hate nothing more than having a lack of choices. But then, then I went to the Noe Valley farmers market on Saturday and right there in front of me were the season’s first crates of local cherries. Overflowing crates, leaking juices to permanently stain my fingers, and I grabbed handful after handful. As it is, my paper bag full didn’t even last through the weekend. But between you and me, I am going to blame that on the little brother, who likes to decide that he likes things after you buy them and consequently eats his way through your entire stash that you thought was for yourself and yourself only.

Another thing he is good at eating his way through is entire batches of cookies. A couple hastily stolen from the cookie racks with a very guilty look on his face, half a dozen in his school lunch. Come to think of it, I’m kind of the same way with cookies. They go fast.

Sugar cookies tend to get the short end of the stick. On a cookie plate with others offering up chocolately, nutty, fruity goodness, there aren’t many people who won’t pass them up for something more extravagant. But no other cookie quite achieves that soft, chewy interior and crisp edges quite like the ordinary sugar cookie. And coated with cinnamon sugar — seriously who doesn’t love cinnamon toast — and given a cute name like “snickerdoodle,” there’s really no way you can pass them up again.

Preheat the oven to 350 degrees.

In a large mixing bowl, cream together the butter and the 3/4 cup sugar until light and fluffy. Add the egg and mix until smooth. In a separate bowl, combine the flour, baking soda and salt. Fold the dry mixture into the wet mixture. In a small bowl, mix together the remaining 1 1/2 tablespoons sugar and the cinnamon. Roll the dough into 1-inch balls and roll in the cinnamon-sugar mixture. Place the cookie balls on a baking sheet lined with parchment paper. Bake the cookies for 8 to 10 minutes or until the edges are golden brown.

§ One Response to Snickerdoodles

You are currently reading Snickerdoodles at Soufflé Days.