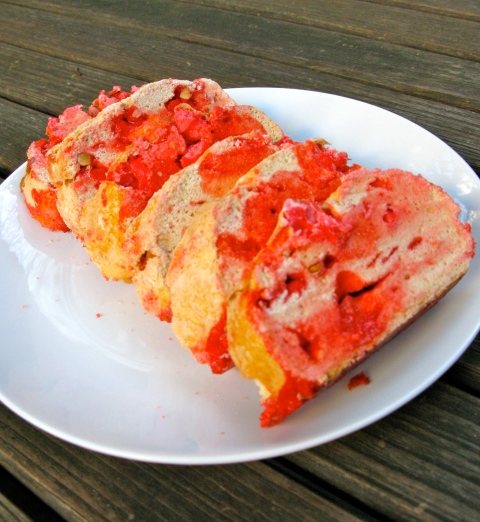 You could say in the past four months, I have been in some of the most beautiful cities in the world, but I would say I have just returned to the most beautiful city in the world. There is really nothing that I can compare to running the sand dunes of Ocean Beach, up the hill past the Cliffhouse and through the trails along the edge of the cliff, down through the Marina past the Golden Gate Bridge, along the reconstructed native plant life of Crissy Fields, then letting the dirt trails dump you down in the heart of Fisherman’s Wharf. Pier 39 quickly gives way to the Embarcadero, which, if you follow the water all the way down past the ballpark and cross the water, will take you right back to the heart of the Mission and home. All this before 9 a.m. when the sky above the waterline is still a pink haze and the sun is just beginning to peak out from above Marin Headlands, streaming in over the bridge. There’s been barely a whisp of fog since I have been home in the foggy city and I can’t say I’m complaining. The air smells like weed, the homeless beckon from street corners, and frequent coffee stops take hours since every barista seems to work at a snail’s pace. Is it safe to say I find that all very comforting?

But meanwhile at home, I am delving into the treasures I have brought back in the forms of special local ingredients, commemorative menus and perhaps 4 months of every single food magazine I could get my hands on for those long hours at the airport. Just yesterday, my room was a scattered mess of torn-out recipes, bags of fleur de sel and assorted regional candies, notebooks (which I collect at an alarming rate) and then there was all my clothing, which anyone who knows me also knows I collect at an alarming rate. One of the many things I found absolutely necessary to bring back was a bag of pink pralines from Lyon.

Over the course of my weekend in Lyon I tasted various baked goods made from these highly-sugary, bright pink candies which enclose a tiny almond inside. I found them too sweet to eat on their own but loved them when baked up into buttery brioche, fruit and nut packed croquants (much like a biscotti) and ooey-gooey tarts. When I came home, I resolved to recreate my favorite — the croquant. I made them a little different than the ones I bought in Lyon, mainly because I had saved this recipe for a long time and I trust French food bloggers. I baked these up quite a bit longer so they lost the chew and became more of a dunking cookie (another habit I picked up in Europe — hey it’s not smoking right?)

And yes, I’m baking in French because I was walking to the metro station with a guy who works at the Swiss Embassy and felt my French getting a bit shaky, even though my Italian class likes to imitate my French accent because they think it sounds sophisticated.

Combine the flour, sugar and salt in a large mixing bowl. Add the two eggs and vanilla. Then add the pralines. Divide the dough into two pieces and shape them into long logs. Brush logs with beaten egg and roll in vanilla sugar.

Bake logs at 350 degrees for about 45 minutes. Using a serrated knife, cut the log in slices about 1 cm thick. Lie slices flat ona baking sheet and let dry in the oven for another 15 minutes, oven turned off.