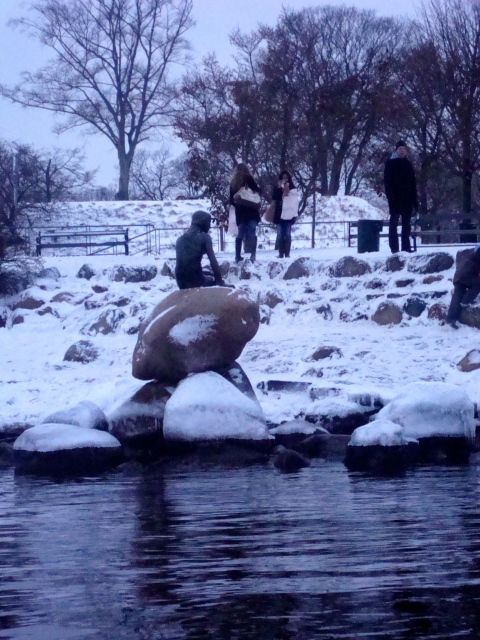 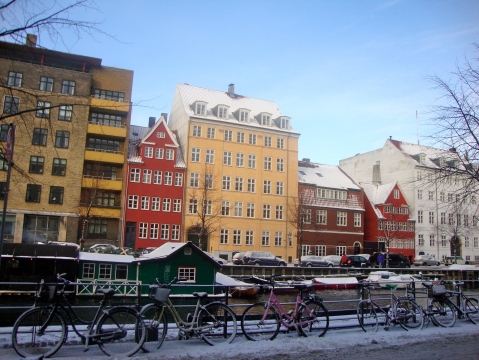 Maybe all the traveling made me a bit delusional and I said I was tired of cookies, specifically Christmas cookies. But that’s wrong, I am most definitely not. Even though Christmas was weeks ago, it’s sunny enough here in San Francisco to run in shorts and this recipe didn’t turn out as I was hoping it would. Though in retrospect, I should have known better because the picture posted didn’t really look like the real thing. For your sake, I’ll explain that the real thing are tiny, thumbnail-sized, hard spice cookies that come in cone-shaped bags around Christmastime in Denmark. My lovely host in Copenhagen brought them home from the store one day and set them out in a bowl, alongside snowballs of candy-covered marzipan and sugar-coated almonds, and I probably went through half the cone over the course of the afternoon. And then, I started seeing them everywhere — at holiday parties we were invited to, beside the cash registers at clothing stores…They go by peppernuts in the states (do you say “the states”? apparently it’s something I picked up in England) but their real name is Pebernødder. And maybe it’s a little late for posting a Christmas cookie, but in my defense I had no kitchen around the holidays okay? Okay, I’m pretty upset about that too.

My lack of kitchen and disappointment over this recipe — the cookies spread too much, weren’t hard or sandy enough, and then they stuck to the pan, but that last one was probably my fault — aside, Copenhagen offered up the best array of food that I saw (and ate) during my time in Europe (and that includes Paris, shocking?). We started off really well the first night with dinner at the Vietnamese restaurant Lê Lê nhà hang. My plentiful bowl of mussels came in a light, spicy broth made with chili and coconut milk. Warm but refreshing, it steeled me for the cold Scandinavian darkness (and snowstorm) and the wind that comes in off the coast. At Jorden Rundt, we stopped for lunch on the way to the Kronborg Castle. Looking out at the water, where on a clear day (which it wasn’t) you can see Sweden on the other side, we were served huge sandwiches piled high with smoked salmon, sprouts and honey mustard dressing. The sandwich was about the size on my head and so incredible I probably would have forced it all down, if I hadn’t been so hungover. Then came dinner at Madklubben where I had fish on top of stewed leeks with apple and potato purees.

Danishes have never been my sweet of choice. Perhaps that is because I have always been grossed out by the ultimate continental breakfast item, the cheese Danish. I mean, that glob of pasty white “cheese” stuff in the middle of a sugary pastry is hardly my ideal treat in the morning. But perhaps I learned a thing or two about Danish pastries — which would probably all go by the word “Danish” in the states but, believe it or not, have actual names the way there is a distinction between “croissant” and “pain au chocolat”— from Lagkagehuset, the popular chain bakery in Copenhagen, known for its great breads and cakes. I also enjoyed æbleskiver, which translates literally to apple slices, though they have nothing to do with apples. They are actually little puffy pancakes, served with a dusting of powdered sugar and jams for dipping or smearing.

I also discovered that all ciders are not created equal. In Copenhagen I learned about the existence of pear, apple and cranberry ciders that are about equivalent to drinking one beer. They basically taste like fruit juice, which besides being a little dangerous, is also delicious. So I started ordering cider everywhere I went about Copenhagen only to discover that British cider is a very mildly sweet, sparkling beverage, which is pretty bland, though if I had to put a taste to it, it would be apple.

After four days shuffling along snow-covered streets in heels and enjoying every minute of it, I realized that I would love to see Scandinavia in the summer. Which means I’ll have to make another trip to Europe no?

My darling little peppernuts, I guess you look cute enough. But no recipe today because I am not entirely happy with them. Calling all Danish grandmothers.

You are currently reading The Copenhague cookie bowl at Soufflé Days.