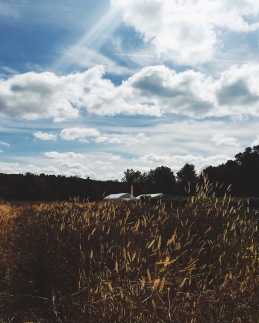 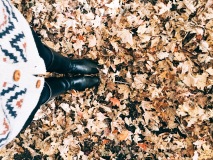 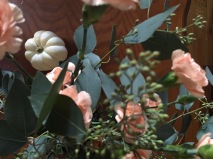 Since enrolling in several design classes this fall, my cooking has taken a haphazard turn. Meals thrown together when I get home from class at 11 p.m. or pieced together in the office kitchen that’s large enough to just turn around, twice—provided there’s no one else trying to cook too.

So the huge kitchen we moved into in September hasn’t gotten as much use as I had imagined. Still, there have been Sunday pizza afternoons, numerous apple crisps, a birthday cake (that I didn’t even make!), and tons of large-portioned, casserole pan dishes meant to last the entire week. I had a chance to make the Bon Appétit October cover cake a few weeks ago and it had such an intriguing flavor profile—pomegranate molasses, cardamon, orange zest, caramel soaked pears—that I wondered why I don’t make recipes from magazines more often. 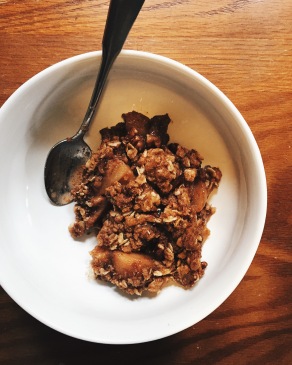 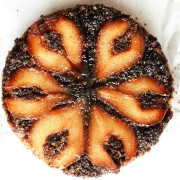 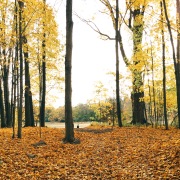 This fall, I have been relishing time outside, going out of my way to crunch in the leaves and taking that few extra minutes to just breathe in real, fresh air. When you spend most days and nights staring at grids and adjusting alignments to a minuscule point, you need it.

But as exhausting as it’s been, the past two months have been incredibly rewarding. I get to play with patterns and fonts and get real feedback from fellow designers. I’ve met people who are just as particular about color palettes and lines as I am, and that sense of community in itself has made these classes worthwhile.

So no recipe today, but please do make Bon Appétit‘s spiced pear upside-down cake! It’s sweet, but not very sweet, unexpected, and you get the added satisfaction of nailing the cake flip. That is, if you do nail it.

You are currently browsing entries tagged with spice at Soufflé Days.